You are here : Home / ENGLISH VERSION / 6 POPULAR TOURISM PLACES IN TEGAL OF INDONESIA 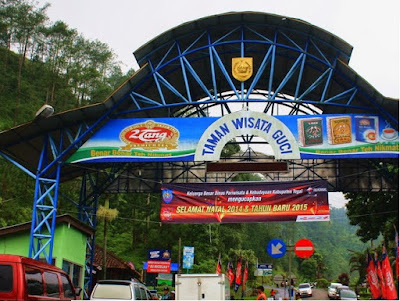 2. Pantai Alam Indah (PAI)/ Beautiful Natural Beaches
After Tegal Guci, Tegal also has a panoramic view of the beautiful beaches, interestingly enough. The beautiful Natural Beach (PAI) is located near the center of Tegal city. In this beautiful natural beach, many traditional games are leased such as the sailing boat managed by the residents around beach, and it is also provided the water boom game, maritime monument, boat trips that are much sought after by visitors for selfie, 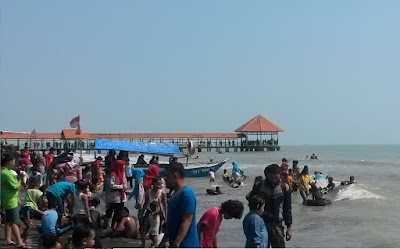 3. Purwahamba Indah Beach
The next tourism place is the beautiful beach Purwahamba.
It is located in Purwahamba village Suradadi district Tegal regency, adjacent to Pemalang regency, in Purwahamba beach it is provided a lot of facilities such as Water boom, swimming pool, water bikes and many other, even many sculptures of animals such as Dinosaur that can be selfie or take picture with family. The beach is so beautiful , many children are interested to play the sand beach , it is suitable for families to take vacation. 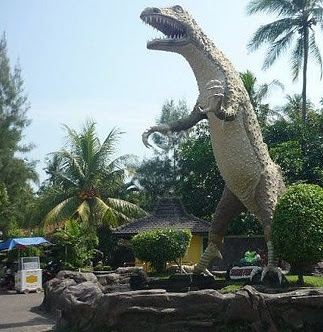 4. Cacaban Reservoir
Cacaban reservoir was established by the first president RI namely IR. Sukarno for the purpose of irrigation for farmers there, but time by time, Cacaban reservoir is managed to provide a tourism place, When the author was still in elementary school many various unique animals was here such as a rare bird, wowo, large lizard, snake, elephant, horse and many other,
Now in Cacaban reservoirs there are boat tours that could take the family to see around the edge of the Cacaban reservoir, which is a beautiful natural phenomenon around it, and the cost is quite cheap. 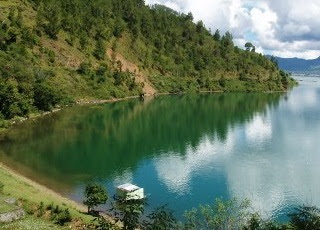 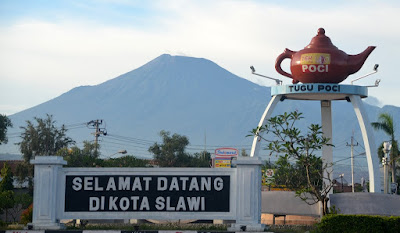 6. Cultural Tourism Place of Rumah Wayang Tegal Consortium
If you love puppets, please visit Rumah Wayang Tegal Consortium, here many of the puppets are shown such as wayang kulit, wayang golek, wayang santri, wayang bambu, wayang kreasi, there is also the accessories such as the types of batik, keris, mask, painting of puppet world, typical weapons in the world of puppet, and photos of Ki Enthus as the mastermind of the puppet, gamelan, and many other collections. 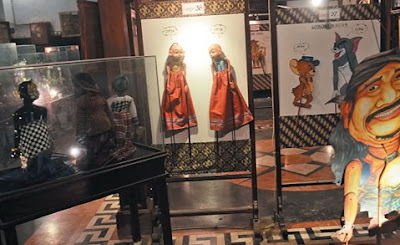 The location of Rumah Wayang Tegal Consortium is not so difficult as there is direction board near the bridge of Lemah Duwur – Talang, Tegal Regency heading towards Brug Abang. From the highway of Talang or known as Jalan Satu, after having met the bridge Talang, go to east until see a long bridge across the river Gung, then follow the main road up to Bengle village, its position is on the left side of the road.

Those are some of famous tourism place in Tegal that are visited by many foreigners from outside of Tegal, if your take vacation please visit Tegal regency, I am sure you will be satisfied.
Enjoy the tour of Tegal Regency.
Don't forget  to comment if Tegal Regency tour is satisfied.
Hopefully it can be used as references for  your vacation
Thank You 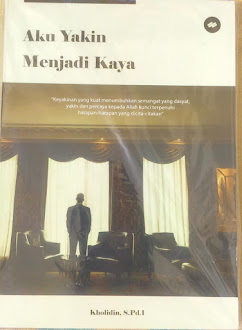